Coffee, the fruit with Latin name coffea, is one of favorite drink around the world. Coffee has three kinds of fruit, Arabica (coffea Arabica), Robusta (coffea canephora), and Liberica (coffea liberica). Among those three types of coffee, Robusta and Arabica are the most planted by the coffee farmer.

There are some differences between Robusta and Arabica. Based on the coffee bean, Arabica has serrated diameter, while Robusta has a line diameter. Meanwhile for the taste, Robusta more bitter and has a strong coffee aroma, while Arabica has a sour taste and less aroma than Robusta.

Indonesia has so many kinds of Arabica coffee that has already known around the world. Here they are.

According to the name, this coffee is come from Mount Naringin in West Java. This Arabica coffee usually plant beside another fruits or spices plantation, such as chili. The flavor of the coffee is unique, with taste of pineapple and another sweet things inside the coffee.

Toraja Coffee is one of the most wanted international coffee from Indonesia. The taste of this coffee is stronger than two others before. The coffee lover will get a bitter yet sweet flavor when drink the Toraja. The bitter flavor of Toraja coffee is come from the spices plantation that is planted beside the coffee bean. 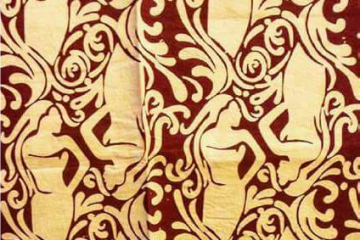